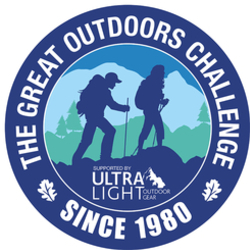 Hi Corinne,
Welcome to the Challenge and I do hope that you’ll enjoy it as much as the CWT. You raise a few interesting and valid points about the nature of the event and especially the finish on the east coast.
Way, way back in the 1980s, one of the first long walks which I tackled was Wainwright’s Coast to Coast from Cumbria over to the North York Moors. And, like you, I reasoned that most walkers were tackling it the wrong way, starting off with the excitement of the Lakes and ending in the anti-climactic moorland of the east. So, green and very naïve, I set off from Whitby and pottered over the moors and the Pennines. I was lucky for a while but reality hit hard when I met vile weather conditions on the approach to the Lakes. For two days I fought my way against a strong westerly gale, coming close to throwing in the towel. It was an abiding lesson that trying to buck the natural actions of the elements is a fool’s game and ever since then I’ve gone with the flow. The truth is that in our maritime climate, prevailing weather systems arrive from the west and for much of the time winds will propel you eastwards. The Challenge follows that logic and mostly it proves to be fully justified. Very occasionally, we get a year when easterlies are in control but it’s usually a safe bet that the winds will be chasing you from behind as you progress west to east. A journey in the opposite direction has the potential to be quite a fraught one.
All of that said, you’re correct to point out that the eastern plains of Angus and Aberdeenshire aren’t terribly exciting, miles and miles of flat arable land which fail to move the spirit in the manner of the western hills and glens. Most of us accept that a day or a couple of days crossing such relatively dull country is the price we pay for insisting on a coast to coast. The question then becomes one of how to minimise or alleviate the tedium. Many folk will design a route which sticks with hill country for as long as possible, leaving only the final day to be endured across arable land. If you examine the maps, you should be able to identify where that is possible. A popular solution, one which fails to convince me personally, is to make use of the Fetteresso forest, the theory being that you can avoid roads until almost the outskirts of Stonehaven. Alas, even if you can evade the wind turbines, you have to suffer long miles with no views, locked in a very ugly and industrialised monoculture.
I’ve always thought that the most sensible approach is to accept that the last day will be a tame one and adjust your expectations accordingly. If you do some research beforehand, it may be possible to identify a few minor highlights along the way, be it history, pretty lowland scenery or a couple of small towns with opportunities for refreshment. Inevitably, if you set your standards by the drama of the west coast, you’ll be very disappointed. Yet treat it as a gentle wind down, a different style of landscape and as the end of a satisfying journey and it may not seem so anti-climactic. And focus on the coast, either beach or cliffs, there’s no end of romantic locations for the final few steps.
Happy planning.